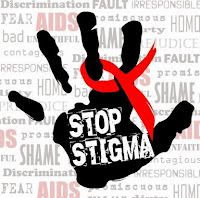 On the afternoon of May 20th, the Texas Criminal Jurisprudence Committee held a previously unscheduled public hearing that was not posted in advance per the Texas Open Meetings Act. At this meeting, Senate Bill 779 (which will be referred to for the rest of this post as SB 779) was considered by the committee.

(For those unfamiliar, SB 779 proposes to amend the state Health  and Safety Code to allow for HIV test results (which are currently confidential) to be subpoenaed during grand jury proceedings -  and for a defendant's medical records to be accessed without their consent to establish guilt/innocence and also potentially to be used to determine sentencing. Essentially, this bill proposes to criminalize having HIV.

The problematic nature of this bill is explained further by public policy advocate Januari Leo, in an article that appeared in March 2014 in the Dallas Voice:


“There’s already {existing} legislation in place via the Ryan White Act requirements making it a crime to intentionally spread HIV; these aren’t these bills. These new bills {including SB 779} use HIV status as a crime, against people who are suspects in a crime but have yet to be proven guilty. They’re allowing prosecutors to use private medical records, as mandated under HIPPA, as a weapon.”

The community, led by the Texas HIV/AIDS Coalition and with huge support from entities such as the SERO Project, Positive Women's Network-USA, and advocates all over the state and globe, have been actively opposing this bill. However, members of the HIV community were not made aware of the hearing until mere minutes prior to the start of this hearing. Due to insufficient prior notice, few advocates from the community were able to appear in person to testify in opposition of the bill,  but many placed phone calls and emails to register their concerns and urge the committee to vote against the bill. The bill was left pending throughout most of the afternoon, but unfortunately it passed the committee.

The Texas Legislative session, which only meets biannually, is over at the end of May. This matter is of DIRE IMPORTANCE; we MUST work diligently to oppose this bill RIGHT NOW. This is our final chance to stop this discriminatory HIV criminalization bill from becoming law.  Time is of the essence; TUESDAY and WEDNESDAY (May 26 and 27) are the last days for Senate bills to be considered on the House floor.


We have to reach out to all the members of the Texas Calendars Committee to convince them not to pass this bill. And we need to do it NOW. RIGHT NOW. We are now in the fight of our lives - FOR our lives.

"Senate Bill 779, introduced by Sen Joan Huffman, would remove the confidential nature of HIV test results and allow them to be used as evidence in a criminal proceeding.  SB 779 is targeted solely at people living with HIV as stated by the Sen. Huffman in the Senate State Affairs Committee when the bill was introduced. SB 779 was passed by the Senate and has now been assigned to the House Criminal Jurisprudence Committee.  We need your help defeating this bill! Please call and email the members of the committee listed below. We also need folks willing to travel to Austin to testify against this harmful bill in the next two weeks.

(Feel free to use any and all of the below points in phone calls, emails, or other correspondence!)

SB 779 is bad for the estimated 76,000 Texans living with HIV and for Texas for the following reasons:

2. Criminalizing people because they are HIV positive continues to perpetuate fear, stigma and discrimination against people living with HIV.  Texas does not have an HIV specific criminal statute. Prosecutors should charge the actual crime and not the health status!

3. Treating a medical condition as evidence of a crime is at direct odds with public health campaigns to get as many people as possible tested and, if HIV positive, into treatment. Tests results can’t be used against you if you don’t get tested.

4. There is no evidence that HIV related prosecutions increase disclosure, reduce the spread of HIV or deter the rare acts of intentional transmission.

5. Laws should reinforce science-based public health messages.  SB 779 could also be applied against persons charged with crimes involving spitting and biting. There is simply no need to prosecute someone for attempting to transmit HIV through spitting or biting, because that is not how HIV is transmitted.

6. It violates the privacy rights of people living with HIV by permitting confidential medical information to be used in a criminal proceeding.  Issuing a protective order at a later stage does not prevent the violation of privacy.

8. Although the bill is supposed to target cases of intentional transmission; it is overbroad and would apply to any person living with HIV involved in a criminal prosecution.

Sample Tweets You Can Send Out for #SB779 Advocacy
(*Be sure to include the Twitter handles of the members above!!!)

#HIV should be treated the same way we treat other communicable diseases; say NO to #SB779. #texlege #TXHIV #HIVisnotacrime